TheRealPatete is a “virtual influencer” project that includes a Twitter account, a YouTube channel where he posts his gaming newscasts and other related videos, as well as a Twitch channel with the first Spanish-speaking animated streamer.

TheRealPatete is a passionate retro gamer from another dimension who, in the spare time that he finds thanks to his unexistant social life, will share his geek wisdom with us through his reviews, tutorials, gameplays… and anything that he can improvise which could earn him a minute of fame.

Arbeyu Studio presents a YouTube channel (mostly) dedicated to classic video games and systems, and starring TheRealPatete, a youtuber who is crowned the first Spanish speaking animated gamer with his own channel.

This channel includes gaming news bulletins, informative videos that intercalate animated scenes with real life footage, game reviews, commented gameplays and other related stuff which will be of interest to nostalgics of the old days and gamers alike.

He also has a Twitch channel in which he will soon make live gameplays of the games that he likes or loathes, depending on the day he’s had.

In addition, TheRealPatete has a very active account on Twitter where he shares information about classic games and new developments in the retro (and not so retro) gaming scene and another one on Instagram where he posts images related to the world of video games (which he also uploads to Facebook). 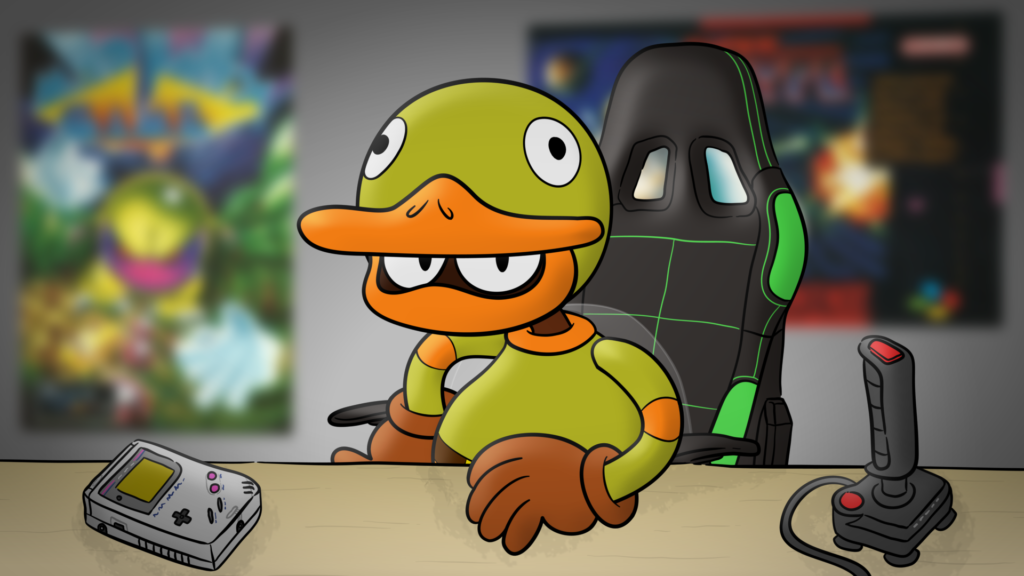 If you want to be one of TheRealPatete’s sponsors, drop us a line with your proposal!